The relationship between genetic testing and accessibility to life insurance has always been rocky. Historically, life insurance companies have been able to discriminate against people based on genetic test results, which have to be disclosed at the time of application. Insurers could then either deny applications altogether or raise premiums significantly.

Internationally, there have been many concerns surrounding the treatment of individuals who have been proactive in identifying and managing their genetic risks, and their ability to obtain insurance that could financially protect their families.

In 2017, the Parliamentary Joint Committee on Corporations and Financial Services (PJC) commenced an inquiry into the life insurance industry. In its 2018 report, the PJC held that the current self-regulated use of genetic information by the industry is not in consumers’ best interests. The PJC recommended an urgent moratorium (or ban) on the use of genetic test results by insurers, to protect the rights of Australians seeking to proactively manage their genetic health risks. The PJC also recommended oversight by the government, in light of the failures of self-regulation.

In late 2018, the Financial Services Council (FSC) of Australia announced its plans to introduce a voluntary, self-regulated moratorium in mid-2019. In it’s press release, FSC stated, “The life insurance industry will begin consulting on a new moratorium to stop using genetic test results as part of insurance applications, enabling every Australian to get up to $500,000 of life cover without having to disclose an adverse test result.”

We spoke to ethical, legal and social adviser, genetic counsellor and all-round great human, Jane Tiller, about what this moratorium means for the world of genetic testing and what you need to know if you’re thinking about having a genetic test:

So, what does this moratorium mean and should people be reassured by it?

The moratorium, if it comes into effect when intended, will mean that people making new applications for insurance after the start date won’t have to disclose any genetic test results for life insurance applications under a certain limit. Because it’s voluntary and self-regulated, there is no hard guarantee that it will come into effect on 1 July 2019, though the industry have said that is their intention. I still strongly believe that the government must provide much-needed regulatory oversight in this area – although the proposed moratorium is a good first step, it does not go far enough to protecting consumers, and without adequate oversight, self-regulation has been shown to fail.

What are the benefits and limitations?

The industry held consultation sessions late last year. Significant feedback was provided to them about many aspects of the proposed moratorium, including some of its terms. We don’t know if, or how that feedback will be taken into account or what the final document will look like, assuming it comes into effect mid-year. However, if nothing changes, the ban will apply to life insurance applications up to $500,000. Over that limit, all genetic test results will have to be disclosed. Under that limit, test results will not have to be disclosed. There will be different limits for other policies such as income protection and disability insurance, etc.

The industry held consultation sessions late last year. Significant feedback was provided to them about many aspects of the proposed moratorium, including some of its terms. We don’t know if, or how that feedback will be taken into account or what the final document will look like, assuming it comes into effect mid-year. However, if nothing changes, the ban will apply to life insurance applications up to $500,000. Over that limit, all genetic test results will have to be disclosed. Under that limit, test results will not have to be disclosed. There will be different limits for other policies such as income protection and disability insurance, etc.

Does it apply for all types of genetic testing?

Yes, as far as we understand, the proposed moratorium will apply to all types of genetic tests.

Should genetic health professionals still have a conversation about insurance with their patients?

Absolutely – at this stage, nothing has changed, and we won’t know for a little while yet whether things will change or what the moratorium will look like. Even once it is implemented, it is only a partial ban, in that there are limits, so patients still need to understand the implications of testing.

What does this mean for people who have historically been denied insurance or attracted high premiums due to genetic test results?

These people may be assisted by the moratorium, if they are applying for life insurance cover under the threshold amount. However, insurers will still be able to take into account family history information for all applications, and so individuals with a family history of disease may still have difficulties accessing insurance – it is just that their genetic test results won’t necessarily be the reason.

Is this a sign that genetic testing and genetic health is becoming more accepted in Australia?

There is a growing international recognition of the importance of genetic testing for preventative health, as well as the importance of protecting consumers against genetic discrimination. Australia has historically lagged significantly behind many other developed countries in this respect, and this is one step in the right direction for Australia.

Does this lend itself to the idea/hope that Medicare might start subsidising the cost of genetic testing some time soon?

Medicare funds the cost of some genetic testing for at-risk individuals. As time goes on and the cost of genetic testing falls, it is likely that more tests will be added to Medicare. However, these are likely to be on a case-by-case basis, with strict risk-based criteria attached, rather than being population-based. Population-based genetic screening will be the next consideration for governments – and it comes with many preventative benefits as well as a number of practical and ethical concerns. You can read about some modelling we recently published on the cost-effectiveness of population genomic screening here.

Do you have any advice for people who are thinking of engaging in genetic testing?

I would suggest that people consider their life insurance situation before having genetic testing, especially if they are having genetic testing right now. If people want to wait until mid-year to have their testing, they may be able to benefit from the moratorium, if it is introduced as expected. However, they should consider the pros and cons of waiting, and discuss with their genetics professional whether there are downsides to waiting for a few months to have the testing. If testing is urgent, they should consider life insurance first, before they have the testing.

Jane Tiller (LLB(Hons)/BSc/MGenCouns) is a lawyer and genetic counsellor with a background in corporate law and a keen interest in the regulatory and ethical aspects of genomics. She has a particular interest in the use of genetic test results in life insurance underwriting and is vocal in her call for government to increase consumer protection in this area. She is a founding member of the Australian Genetic Non-Discrimination Working Group and gave evidence at the recent Parliamentary Inquiry into the Life Insurance industry. Jane currently undertakes a number of diverse roles, including Ethical, Legal and Social Adviser in Public Health Genomics at Monash University and Genetic Counsellor/Study Coordinator with the Victorian Clinical Genetics Services. 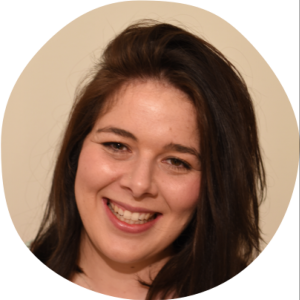 In conversation with Kunal Kalro, Founder & CEO of Eugene

We spoke to Kunal Kalro about his journey with Eugene, changes he’d like to see within the healthcare system, Eugene’s proactive heart health test and

Insights from the experts

We spoke to Dr Ari Horton, MBBS (Hons) FRACP FCSANZ about his experience supporting families with inherited heart conditions, his hopes for the future of