On any given day, there are countless articles being published — from reporting on genetics and its implications on health conditions like autism or schizophrenia, to how-to guides on using genetics to “maximize your gains“, the list goes on and on…

Obviously, we believe that media plays an important role in making science accessible and approachable to a mainstream audience. However, the rush to get clicks, views and your $$$, has resulted in a situation where organizations publish the press releases of any and all research papers and consumer products that come to their desk, just as long as they can put forward headlines such like, “Schizophrenia Is 80% Genetic,” “Autism is mostly genetic,” or “I took a DNA test to maximize my workout gains.”

For complex conditions like autism, both genes and environment play a role. But understanding how much is contributed by genetics and how much by one’s environment has been subject to much debate. The study the article cited found that genetics likely accounts for around 83% of the disorder.

This sounds like a lot, and can be cause for alarm for many people. But it’s also misleading. It’s not that it’s bad science, it’s just that the population scale research cannot (and should not) always be applied to understand an individual person’s risk for the condition. Basically, it’s complicated.

It’s a jungle out there

Media organizations and companies often bait people into content and products that try to indiscriminately apply population scale scientific research personally to you. They use the names of scientific journals and studies they “cite” as “proof” which makes it all sounds very convincing. But of course that’s not how it really works, but that doesn’t seem to matter. Why? Because it’s an effective sales technique, and as such we can expect it to happen more and more.

What to do about it?

Consumers have to start casting a more discerning eye. Take most health and science things that you read in popular media with a grain of salt. Reading whats the latest on research is a great way to engage with the science, but never assume those “percentages” apply to you. If you’re concerned about something, always always, ALWAYS consult a trained professional, like a genetic counsellor.

Finally, if you come across articles, products and claims that you’re concerned about, send us a message at hello@eugenelabs.com. We may not always be able to advise but we may at least be able to point you in the right direction. 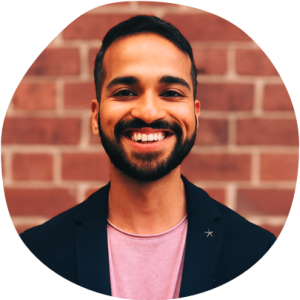 Founder and CEO at Eugene.

In conversation with Kunal Kalro, Founder & CEO of Eugene

We spoke to Kunal Kalro about his journey with Eugene, changes he’d like to see within the healthcare system, Eugene’s proactive heart health test and

Insights from the experts

We spoke to Dr Ari Horton, MBBS (Hons) FRACP FCSANZ about his experience supporting families with inherited heart conditions, his hopes for the future of